The genetics of depression in diverse ancestry populations

Depression is a common disorder with an immense burden of disease. The risk of developing depression is influenced by genetic factors. The results of genome-wide association studies (GWAS) have provided first insights into the genetic architecture of major depressive disorder (MDD) or depressive symptoms. In the latest collaborative effort by the Psychiatric Genomics Consortium (PGC) and 23andMe has led to the identification of 102 genetic loci associated with risk of MDD. 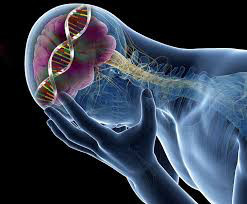 However, the majority of findings with respect to the genetic basis of depression stem from studies based on European ancestry data. Additionally, most of the depression diagnostic/screening tools currently rely on Western definitions of depression, even though there is evidence for different manifestations per ethnic groups.

Our aim is to address the resulting knowledge gap by combining data from individuals with non-European ancestry and analysing them using new statistical methods to account for heterogeneity.